From his first big break as color timer for “Predator” (1987), Dale Grahn went on to become one of the foremost film color experts in the world, timing “Saving Private Ryan”, Francis Ford Coppola’s “Dracula”, “Apocalypse Now Redux”, and hundreds of other major films. 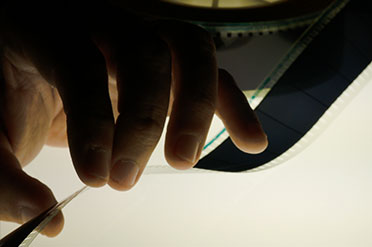 Equipped with only simple RGB and density controls, plus a profound understanding of how color conveys emotion, Dale would carefully craft the look of a film. He sat in a darkened room with a hand-cranked “comparator” projector, working shot by shot. A print would then be struck and Dale – often sitting with just the cinematographer and director of the film – would hear whether the film looked good. The answer was very often “yes”, and Dale eventually became the only color timer that Steven Spielberg would work with. As the studios started to phase out film, bringing in video technicians to replace film color timers, Dale decided to make his exit. Koji is the first major digital project Dale has worked on.

from black and white to color, and then to digital

In Dale’s words: “The term, ‘Timing’ in the world of film originally started in the days of black and white. It was a developing term and referred to the amount of time the negative should stay in the developing solution to achieve the best image based on the exposure of the film. So the Timer was a master of developing B&W negative as the first part of his job.

Color changed almost everything, and, I think, moved “Timing” into the world of artistry and history. The ability to create something that has never been seen before was now in the hands of skilled technicians– but skilled in B&W. They would find that they had to go back to school and learn everything from scratch, with no one that could help, because color was brand new to everyone. Exciting but scary.

So what’s the best approach, how do you begin?

Take all of your experience and knowledge in B&W and use this as your base of operation, and then build upon that. 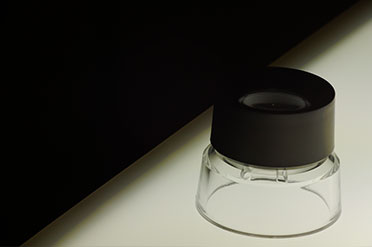 This was my approach to digital color timing: Bring all of my film color timing experience to the digital world and start from there. The digital world gave me tools that I did not have before that would have been very useful in fixing many problems that were very hard or impossible with film. I saw them as a blessing.

But the tools never gave me reason to change the way I looked at an image. They did give me, however, more possibilities and more directions to go in. Yet another blessing.

With Koji, you will learn many things about color timing and one of them will be that the two worlds– digital and film– are very much alike. Each with their advantages and disadvantages. We are now in a digital world and all of the images corrected using Koji will be digitally corrected with digital tools. Yet the tools will come from a film color timer’s perspective. Hopefully the best of both worlds.

We hope you enjoy both worlds!”